O’Reilly & Vincent is the meeting place of the music of Finn O’Reilly and words of Rod Vincent. 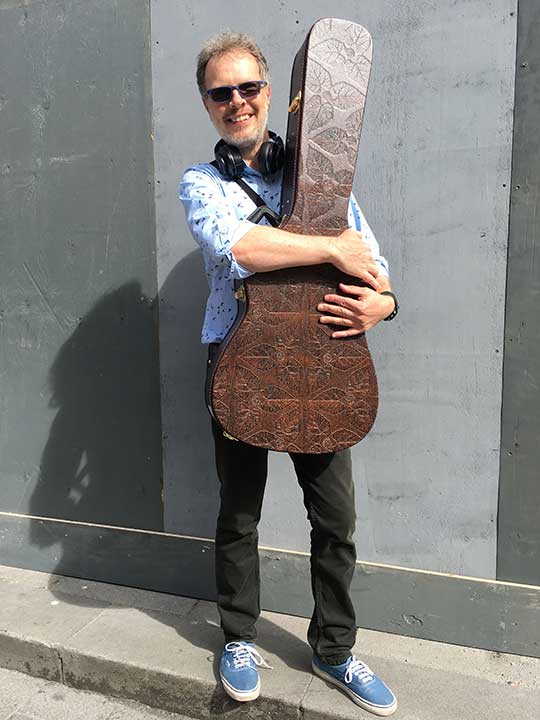 Rod’s love of writing stemmed from prolific reading whilst growing up. At college, he studied Psychology but spent much of his time obsessed by the great Irish writers, especially Samuel Beckett. His poems have been in numerous publications, including Poetry Ireland Review, Stand, Magma, The Rialto and Prole. Rod was awarded 2nd and 3rd place in the Fish Poetry Prize 2017 and read at the West Cork Literary Festival, Ireland. He was named one of the Poetry Ireland Introductions poets 2018 which led to reading at the Dublin International Literary Festival. Rod’s back-catalogue of verse led to this collaboration with Dublin musician, Finn O’Reilly. These were verses that he had crafted for years. They were pieces of writing that he loved but which didn’t fit with the major poetry journals. Some were too rhythmic, others rhymed, or were too tongue-in-cheek to work as poems. It turned out the poems weren’t ugly ducklings at all, they were lyrics. Rod just didn’t know it. He learnt that when Finn sat down and started to set them to music. 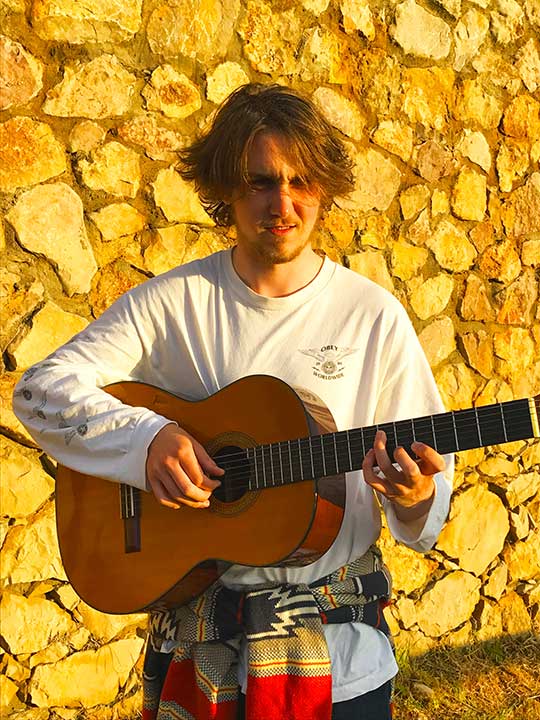 Finn’s love of music started early, learning the cello from age 5. He played classical music in orchestras and concerts and began learning the piano. Finn was awarded a music scholarship to secondary school where he played a variety of instruments, including cello and bass guitar in the school orchestra. He played in a guitar quartet and sang in the school choir. At age 13 his guitar teacher encouraged him to start writing his own material. Finn has composed over 70 songs and is currently working on an album with his band The Finnjamins, the first three songs of which have already been released. The latest single was included in Nialler9’s best 10 new Irish songs of the week. The music comes easily for Finn when writing for O’Reilly and Vincent because Rod has a ready supply of lyrics with stories and characters to help inspire him. They have also discovered that they share a comfortable, honest collaboration.

The Story Behind the Songs

“We never planned to do this. It happened by accident, of itself. We are still totally surprised by it.”

Finn is a singer/songwriter from Dublin. In April 2019, he visited Rod in Shropshire. On the Friday evening, just for fun, he picked up a guitar called Uncle John, (the sunburst Suzuki in some of the photos here) and put one of Rod’s poems to music. The next day they both woke up with the song going through their heads. So, they decided they might as well have another bash. In a crazy 24-hour session they wrote 10 more songs. It felt like something magic had happened, like the songs had written themselves. So they decided to record them. The songs will be released as the album, Clearance Sale. Finn chose that title after Rod said this was like a clearance sale of his unused poems.

Because they were first written as verse, many of the songs are in pentameters, the building block of much poetry. Many are also narrative stories drawn from characters in Rod’s life. This gave Finn the freedom to write melodies and styles of song that he might never have written if he had started from the question: what shall I write a song about.

“Finn would look at one of my printed poems for a minute or so, then start strumming on Uncle John. Then he’d sing it. Once he’d got it more or less done, we would record it on my phone. Then we’d play it back and collapse laughing. We were just caught up in the joy of watching something being born.”

Forming O’Reilly & Vincent was such fun that they got together again in June at a friend’s house, with a piano. Finn wanted the new songs to be distinct from the ones that came out of Uncle John.

“We didn’t know if we would feel the magic again but we just wanted to have some fun together.”

In the next 6 hours Finn put tunes to another 8 of Rod’s lyrics. Those songs will be the start of a second album, Uturo is Breathing.

“Several times we’ve said this . . . whatever happens to these songs, whether they find their audience or not, nothing could be better than that day in April when we wrote them. That was magical”

“O’Reilly & Vincent is something really honest and true to be a part of, and making music with Rod in this environment has been a real honour. It has brought the joy back into music”

A Summer in the Studio

After that magical weekend in April 2019, when the songs wrote themselves, we decided to lock ourselves away for the summer to record the whole album.