Back in January our first single Men & Books was played by Genevieve Tudor on her Sunday Folk show. We were listening to that when she invited us to come and play live in the studio for her.

So last Sunday we made the journey up the A49 from Ludlow where we’d played a gig the night before. We were over-excited to visit the BBC studios in Shrewsbury.

On the way up the car was almost completely silent: you could see the fear dripping down the inside of the windows. On the way back we were on a massive high, all talking at once. We’d had an amazing time. Thankfully Rod’s partner did the driving, otherwise the car might have ended up in the river Severn.

We had a warm welcome at the studio (thanks to Amy and Alan) and we enjoyed being interviewed by Genevieve on air. We got to play three songs from our forthcoming album including the second single to be released this week, Anna and the Apple. And Finn got to do his Lord of the Rings hobbit impression when talking about how much he loves coming over to Shropshire from Dublin – “Keep your nose out of trouble and no trouble’ll come to you”.

You can hear the whole interview and the songs on BBC Sounds (for the next month, anyway)

After a visit to one of the Ludlow pubs to celebrate, Finn and Rod stayed up late into the night drinking wine and writing new songs.

Thanks to Jess Baker for the photos. 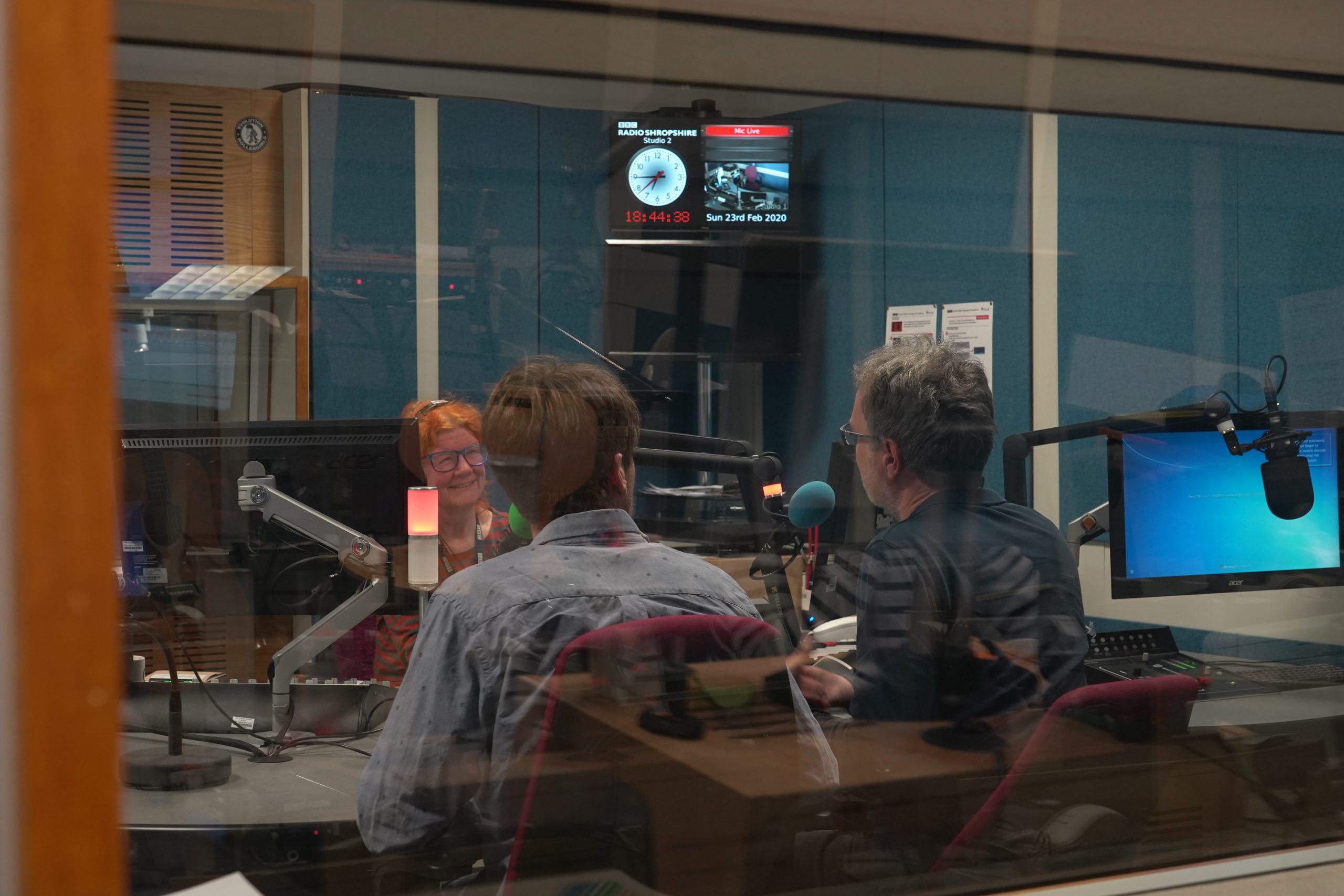