On Saturday evening, in a Ludlow pub, O’Reilly & Vincent played their first concert. There had been no marketing of the event in the town, only word of mouth. But word got round and the pub was packed with people intrigued to hear this new local act. Or at least, half-local – Finn had flown in from Dublin specially to play. Ludlow is the sort of place where everyone talks to everyone, so there was a great crowd and a real buzz.

At the concert, Finn and Rod played all the songs from their forthcoming album Clearance Sale. The Wheatsheaf Inn is Andy Wright’s local pub so he went along.

“That Rod Vincent and Finn O’Reilly wrote all the songs for their forthcoming album, Clearance Sale in one weekend is remarkable, but the most remarkable thing about the album is the haunting and melodic voice of Dubliner Finn O’Reilly.

I loved their soon-to-be-released single Men & Books but Vincent’s lyrics are at their best when describing his friends. In his home town of Ludlow the locals will be falling over themselves to find out if Micky and Roachie live in their street! The album deserves to be a success.” 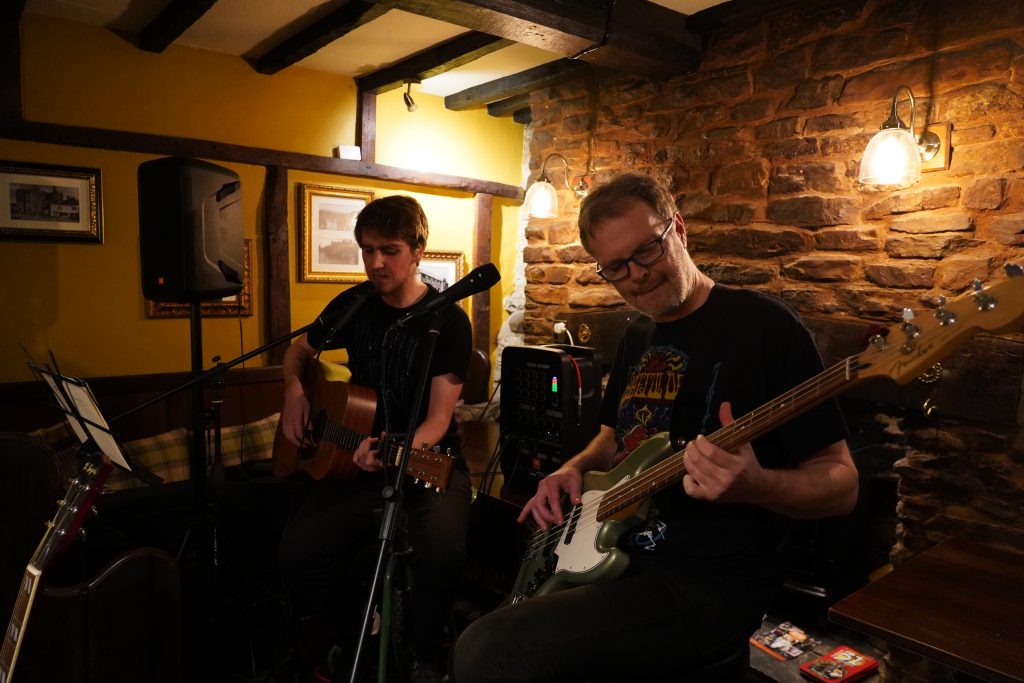