Skip to content
What Walking Teaches About Making Music

What Walking Teaches About Making Music

This journey that Finn and I have embarked on. The aim should be simply to do it. To enjoy the journey and not want anything more

This afternoon I (Rod) sloped off into the Mortimer Forest for a couple of hours. It’s not as though there’s nothing to do here. We’ve reached the admin phase of producing an album. Not the most thrilling part, but it has to be done. Signing up with PPL (Phonographic Performance Limited), VPL (Video Performance Limited not Visible Panty Line), PRS (Performing Rights Society), finding a suitable digital distributor, etc, etc . . . you get the point. It involves a lot of TLAs (three letter acronyms) and mailing photocopies of your passport to everyone.

Outside it was a bright orange autumn day with rare blue skies. And I live in walking distance of the forest, so I couldn’t resist. After a couple of minutes walking from my house in town over Ludford Bridge and into Mortimer country, I didn’t meet a single soul. Just a few pheasants, squirrels, and a small, inquisitive rabbit. There are plenty of deer but I only saw tracks today. As a Londoner landed here in south Shropshire for the last three years, I’m still getting used to the silence. The only sounds were the clump of my boots and the rustle of my jacket. 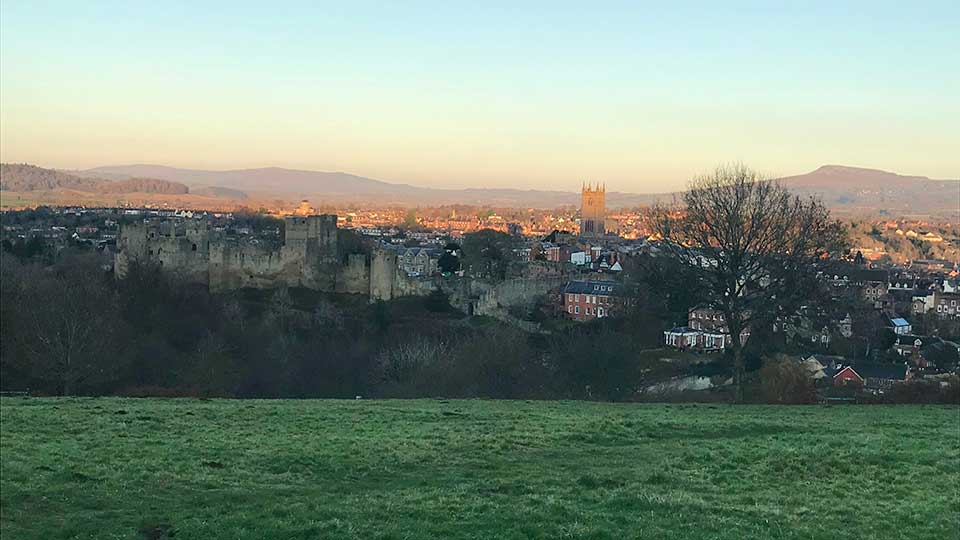 I started thinking about what walking teaches about music. No, not the rhythm of the steps, although I noticed that too. Nor the musical squelch of the enormous oak leaves that skidded under me. Or the occasional call of birds. It really was quiet today, no wind in the trees. Instead, I thought about how walking is done for the sake of doing it. There’s no other point. I didn’t want to get anywhere and if I did there were quicker forms of transport. My destination was to get back to where I started.

It reminded me that this is how our music project has to be. This journey that Finn and I have embarked on. The aim should be simply to do it. To enjoy the journey and not want anything more. That’s how it started. And that’s the way it has been, on the whole. The joy of that weekend in April when we sat down and surprised ourselves by writing songs together. All the times we cracked up with laughter in the studio. Sitting together with bottles of beer in the apple fields of Catalunya, waiting for sunset when filming the video for Anna and the Apple. Playing and singing the songs together.

As we get closer to releasing them, it’s easy to be diverted from that course and to grow impatient about putting them out there. To focus on the end of the journey. Worse still, it’s tempting to have dreams and hopes about their possible success. I don’t want it to be like that. The success has already happened for me all the way along this journey. It was good to have the time walking to remind me of that.

Soon our debut single will be on general release. In the meantime please take a moment to listen to our track Through The Clouds